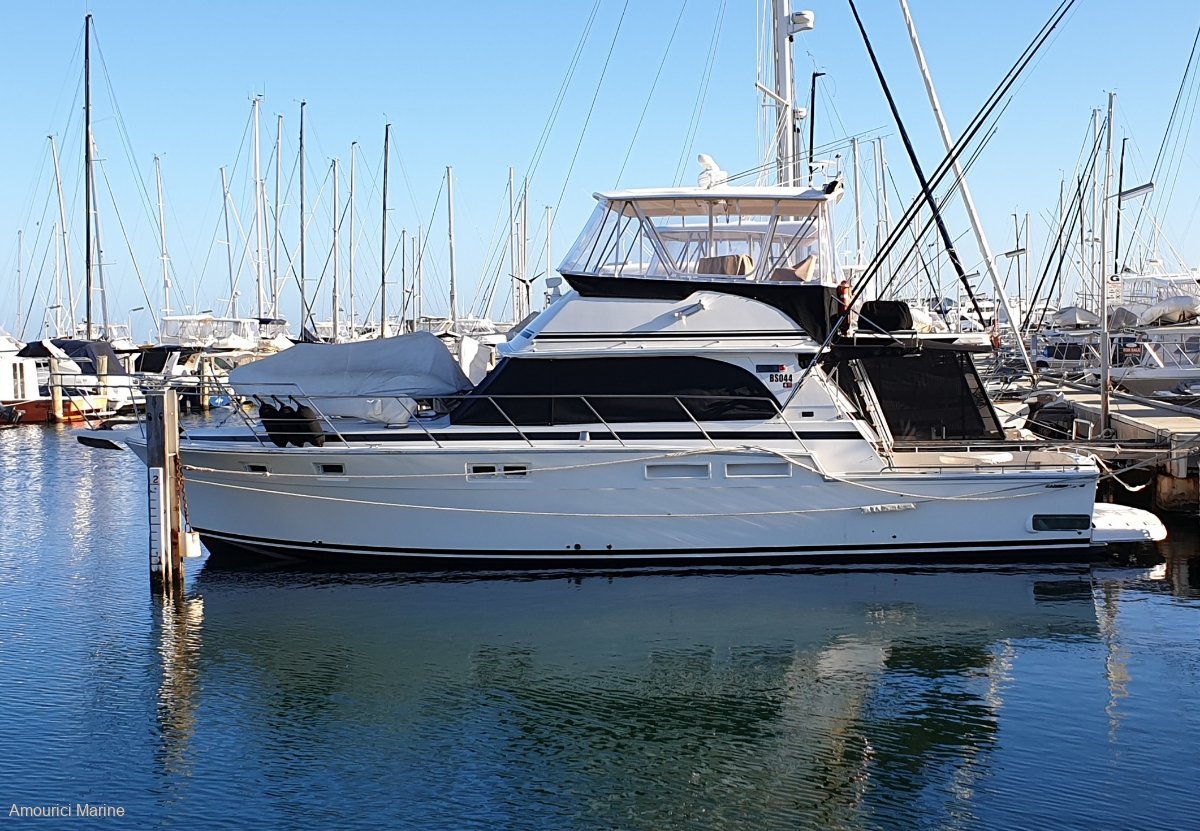 Start Auto SlideShow Stop Auto SlideShow Full Screen PopUp
Price
AU $335,000 Make an offer
Details
This Caribbean 45 is a well sought after model built by Caribbean, Built to survey in 1995 and has had many recent upgrades.
This Caribbean has it all ready to take you any where you want to go with the dingy mounted on a cradle on the front deck with an davit for easy unloading.
It has had a full refit on the inside and it presents better than when it was new. The interior has been refreshed with new carpets and wall linings and Leather Lounges. It has had a new ice maker fitted and a new 47 inch TV.

Just had its anti-foul done and a full polish as well. All the Clears have been replace and new covers on the windows This is a well maintain vessel and you will find it hard to get better. All the money has already been spent on this Caribbean 45 its in fault less condition.

Power is provided by an Onan generator which was Rebuilt 3 year ago.
The Caribbean is fully equipped with game poles, a full Raymarine Electronic package 2 C120 screens and auto pilot, Teak decks, Air condition throughout and U-tec refrigeration. Water maker, bow thruster, sten thruster and the list goes on.
The Rebuilt Detroit diesels with electronic controls are 550 hp are in perfect condition one has 15hrs on it and the others has 400hrs and you could eat your dinner in the engine room its that clean.